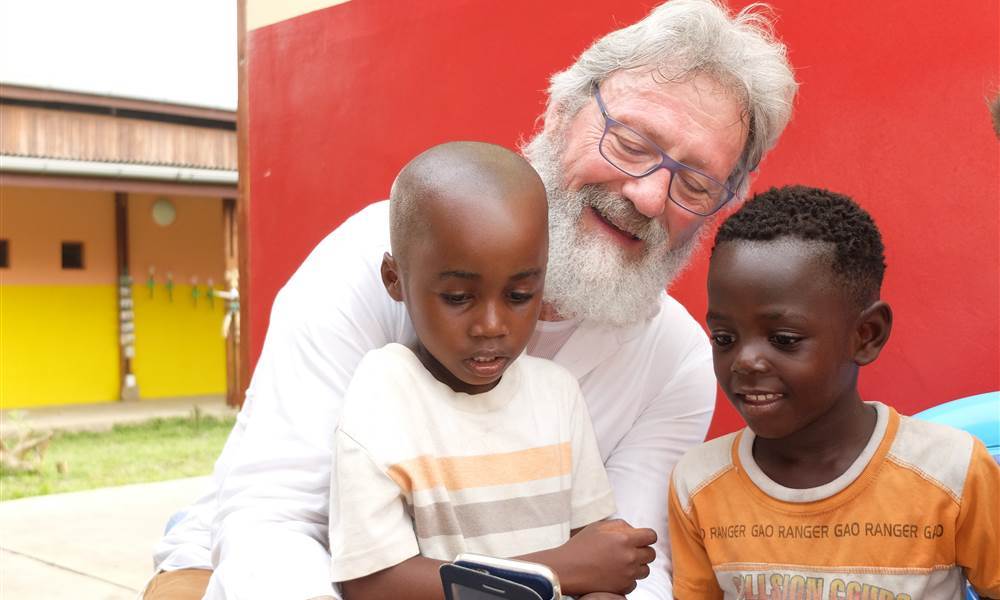 Kinshasa, capital city of the Democratic Republic of Congo. The year is 2010. Mgr. Vincenzo Zani - then under-secretary of the Congregation for Catholic Education - is traveling through the country. «One evening, I was invited to dinner by a member of parliament» he says, «and I found out that twenty-five children had been invited too. That man, together with his wife, washed, fed, and dressed twenty-five street children every week». In the Congolese capital city, there are about 50,000 children in a state of neglect who live off petty crime and micro-crime. «While I was with them, a little boy came up to me and said, 'Why don't you do something for us? Why don't you give us education, a job, so we can get off the streets?’»

That question, that face, and that request, ring in the bishop's ears like a calling. This is how the dream of promoting a development project through education came about in that country: the "Maison de Paix," the house of peace; i.e., a multipurpose and human promotion center to be built in the city of Kikwit, in the South-Western part of the country that, only ten years earlier, had been deeply affected by an Ebola epidemic.

Project participants include the Italian Association S. F. E. R. A. (Development, Fraternity, Education, Responsibility, and Reception), the Institute of the Angeline Franciscan Sisters, and the Association for the Economy of Communion. Together, they form the Maison de Paix Association, which runs the Center. To support them, a network of public and private bodies has taken responsibility for some aspects of the Center’s life. They include the Pontifical Gravissimum Educationis Foundation and three Universities: Université Catholique du Congo (Kinshasa), Libera Università Maria Santissima Assunta (LUMSA, Rome) and Università Cattolica del Sacro Cuore (Milan). The project was approved by the Diocese of Kikwit and the local Nunciature and is supported by the Italian Catholic Bishops’ Conference.

After having consulted with local volunteers, three action areas were identified: health care, training, and human promotion. Then, the physical design of the center took shape: a multi-purpose hall, a training center for women, kindergarten, outpatient clinic, reception and hospitality areas, the House for the Sisters and the Chapel, workshops, warehouses, guest quarters, a training center for men, and agricultural warehouses.

To date, about a third of the work has been completed. Local workers have moved in and the kindergarten and primary school are up and running. Farming activities have reaped the first harvests.


In Kikwit, a town in the Democratic Republic of Congo, the Maison de Paix Association is supporting the development of a new model of education and human promotion based on wholesome education that involves pupils, students, parents, and educators, and is introducing a new generation to citizenship and social responsibility.