The After-school Programme in Homs 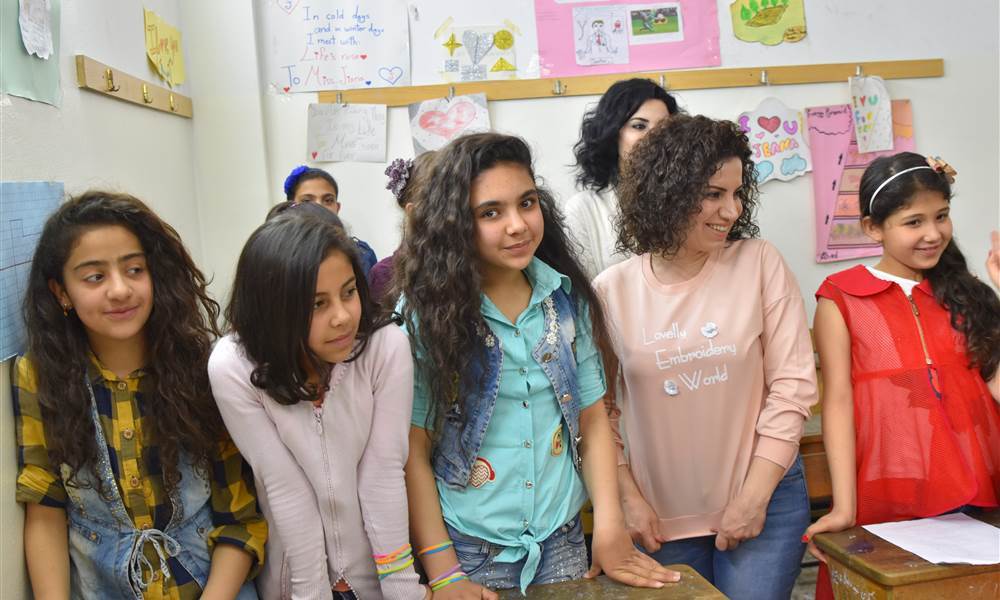 The story of the after-school programme "Generation of Hope" in the city of Homs in Syria, where 165 children, Muslims and Christians alike, are finding peace and adequate educational support.

"We met at the wrong time," says Sandra from her Skype window. Behind her, a fir tree decorated with a few coloured balls, reminds us that even there, in Syria, Christmas is coming. "It was late 2012. I arrived here, in Homs, in the neighbourhood where Wael lived, from a nearby village. Sandra and Wael got married while bombing exploded in the city of Homs, one of the first cities to be destroyed by war, in October 2013. Two years later, their daughter Paula was born; like so many Syrian children, she has never experienced peace.
"While I was pregnant I didn't feel scared, because she was in my womb and I could protect her. When I gave birth, the real fear began. I wanted to leave for her..." says Sandra. Eventually they didn't, and today she is the director of the "Generation of Hope" Centre, in the Bab el Sbaa district, where a hundred Muslim and Christian children, aged 5 to 14, receive affection, support, and educational and psychological guidance. 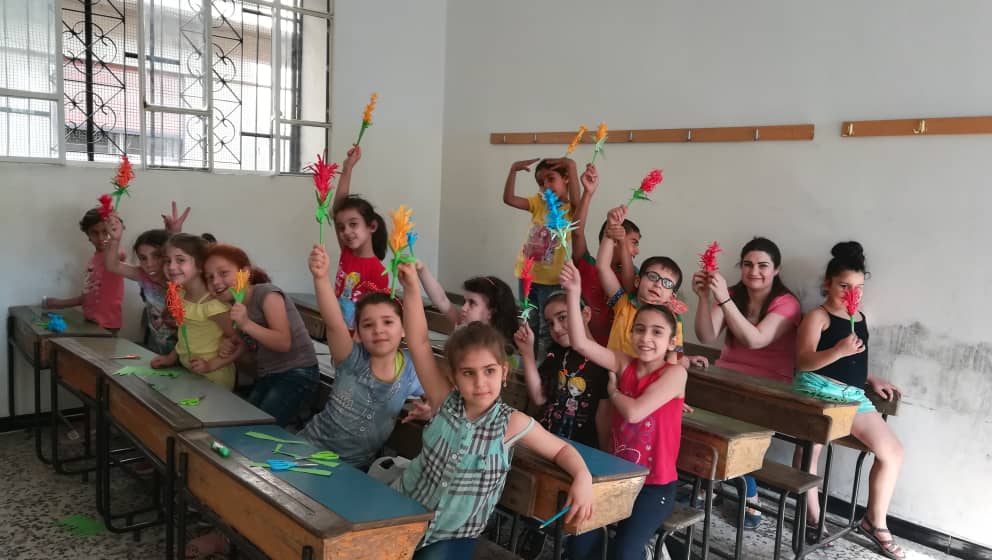 "When the old part of Homs was liberated, people began to return to their homes, schools were reopened but there were not enough teachers, so class-groups had about 40 to 50 students. Children cannot learn under these conditions," explains Sandra, who moves the computer camera to focus on some collaborators: Rana, speech therapist; Neriman, educator; Neiruz, secretary of the project... In all, there are about twenty professionals employed in the after-school service. "We want to give hospitality and concrete help to the children, through a team of teachers and experts who in a family atmosphere, using a dialogue-based methodology and promoting values, carry out a programme to support their needs, rebuild confidence and trust in others, and reinforce positive behaviour." Then she adds, "Positive results are observed not only with regard to learning but also to psychological and relational aspects."
Yes, because the children of Homs, like all those who grew up in war, are marked by suffering, trauma, and loss. Many of them were forced to leave everything behind, their homes and their loved ones. Some of them have psychological, language, learning, and behavioural hardship, caused or amplified by the consequences of war.

The after-school programme "Generation of Hope" is carried out in a private school of the Christian Orthodox Church, which includes, in addition to the classrooms on two floors, an outdoor space for playing games. In the afternoon, as an integration to traditional education in the various subjects, from the first to the sixth grade, activities and workshops take place. Neriman, for example, leads a workshop called "Savoir Vivre - Life Lessons," during which, children learn how to share their talents with others, how to face challenges with positivity, as well as dialogue, how to solve a problem, and to accept others with their differences." In short, in a creative way, the children of Bab el Sbaa explore human and spiritual values, learn how to live in society, what are human rights, what it means to respect the others, but also how to live in a family, and how to take care of friendships. 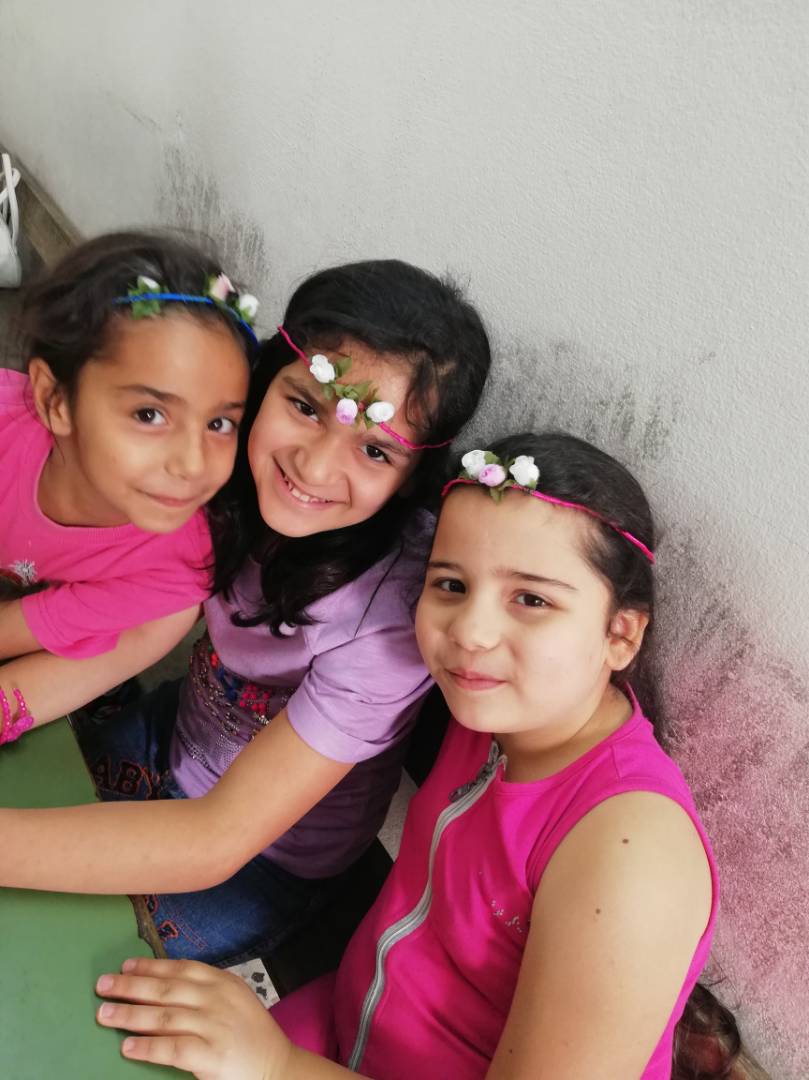 "Since 2017, we have seen so many changes in these children," says Sandra.  "Raed joined the after-school programme in fifth grade and is now in seventh grade. He was a child with many responsibilities, all the worries of the family. He didn't know how to play, especially with others. So, we worked on this, even with his family, and now he has much improved, he is more relaxed, in peace, and finally, he manages to play. Latifah arrived here when she was 9 years old, in the third grade. She wanted to be the best at everything and didn't accept that others take higher marks than she did: she would get angry and beat her classmates. Each time, when she left the Centre she took something with her: a pencil, a sheet of paper, or an eraser. We let her do it, in the hope it would make her happy... This year, we no longer received complaints about her, she is more generous and she even gets good marks at school. She never comes to the centre without bringing something from her house!

Looking at Syria from this digital window, a question arises: what do you hope for, Sandra?
"We hope that this war ends... so that the children can make everything we are teaching real through peace. Then, we hope to be able to cover all the requests, to follow all the children who need educational support. I wish that our teachers would continue to devote themselves with the love and enthusiasm that they are giving now. Because together, we are creating a "generation of hope"! ».
Not only for Syria, indeed, but for the whole of humankind.

Editor's note: The Homs after-school programme is one of the projects supported by the "Syria Emergency Programme" carried out by the NGO “AMU - Azione per un Mondo Unito”(Action for a United World) together with the NGO “AFN - Azione per Famiglie Nuove Onlus” (Action for New Families).