My life is not worth more than another person’s life 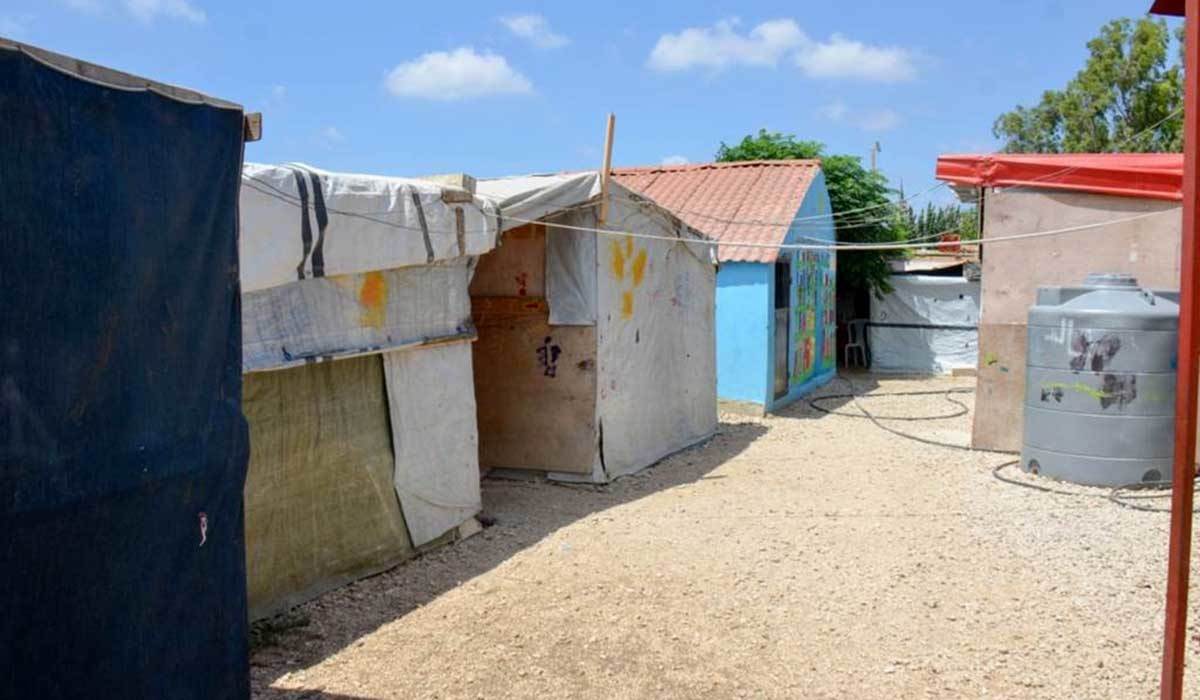 This is what Giulia, 23, wrote a few months ago on the blog of Operazione Colomba, Corpo Nonviolento di Pace dell’Associazione Comunità Papa Giovanni XXIII (Operation Dove, Nonviolent Peace Corps of the Pope John 23rd Community) which operates in conditions of conflict, for the promotion of peace, starting from the daily lives of the victims of war.

Giulia is just back from her last mission in the refugee camp of Tel Abbas, Lebanon, where she was working for a project of interreligious dialogue and integration between Syrian refugees and Lebanese citizens.
“Tel Abbas,” she told me, “is located in one of the poorest regions, with the highest number of refugees, where there are about 3,000 inhabitants – 2,000 Orthodox Christians and 1,000 Sunni Muslims. Two thousand Sunni Muslim Syrians arrived in the last two years. The presence of Western volunteers helps to keep the level of tension low with the Lebanese. We built a tent in the camp, just like the Syrian ones, where we live with them, sharing their daily life.”

Giulia also explains that the presence of civilian peace bodies in the camp has become a source of security for the Lebanese Christians. In fact, they are terrorized by the IS members who operate in that area and tend to see in every Syrian a potential terrorist: “As volunteers, we have naturally become mediators, to build bridges of dialogue between the different realities that operate locally.” 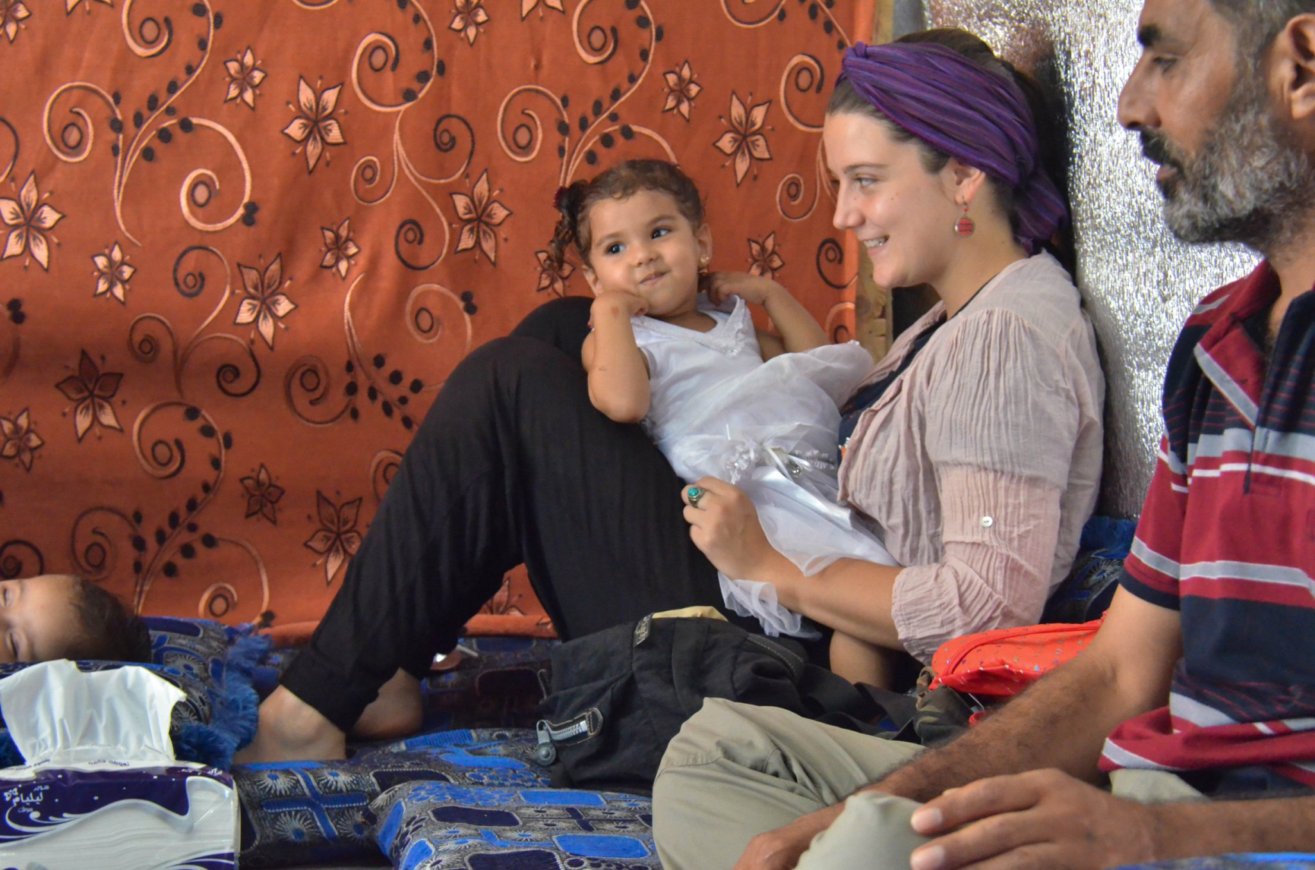 Looking at her childish face, at the meekness she radiates, one wonders where Giulia finds the strength to live in this way. “I am fully convinced that my faith belongs to everyone, that it is love, that it can bring comfort and it can be a tool for dialogue”: this was her simple reply.

“Since my very first breath, it was clear that my life would not have been like those pre-packaged lives we see in TV advertisements. In fact, after the first three children, my parents – two model workers – decided to begin a new life, and they opened a foster home. I do not know much about how they came to this choice, but what I know, because I always perceived it, is that my mother, a tireless worker, wanted to become a mother-forever, and that my father decided that to fight for justice meant giving everything, that he could no longer love part-time,” she says.

Giulia grew up in a large and unique family that included many children, both biological and non-biological brothers, and adults in fragile conditions: “We were a big number, a great soup of people full of suffering and in need of receiving love but also of giving love. I remember the judging faces of the other mothers out of school when they tried to count the children of my mother. My shame for not having an ordinary car, instead of our beige van. Our quarrels among brothers and my insistent prayers to God for letting me live the experience, at least for one day, to be an only child!”

The time of high school was the most difficult and demanding: her troublesome and extremely diversified family unleashed so many questions in herself. So many strong experiences and difficult to contain. This is why Giulia put everything into question. She denied her parents’ choices, her faith, everything: no Holy Mass and away from the Scouts and Christian youth groups, up to the summer of her 17 years.

“To improve my French, I decided to go to Paris to work as a babysitter but, due to contract problems, the project failed and so I ended up in Lourdes, in a Christian family. I accepted the proposal only because I needed to leave, unaware of what Lourdes was,” says Giulia. The family that received her was young, with many children, full of faith and love, with an infinite passion for life. “When I was there, a kind of nostalgia gained ground within me for something that I no longer recognized. Without even realizing it, I began to pray again and set off again …”

Giulia finished her linguistic high school and then enrolled in the Faculty of Political Science and Human Rights, in Padua: “I understood that I had to do something for human life, so I gave up my dream of continuing with the foreign languages and I decided to study them on my own. In January 2014, I was selected for an internship at the UN in New York: my first experience in the area of human rights!”

That internship, not easy, lead her to think that perhaps she had the call to work for humanity in a different way. “Back home, I began a dialogue with a professor that I esteemed a lot, and he urged me to write and reflect on the theoretical level on the civilian peace bodies. After my first research works, he invited me to live an experience on the subject and so, I got to know the Operation Dove“. 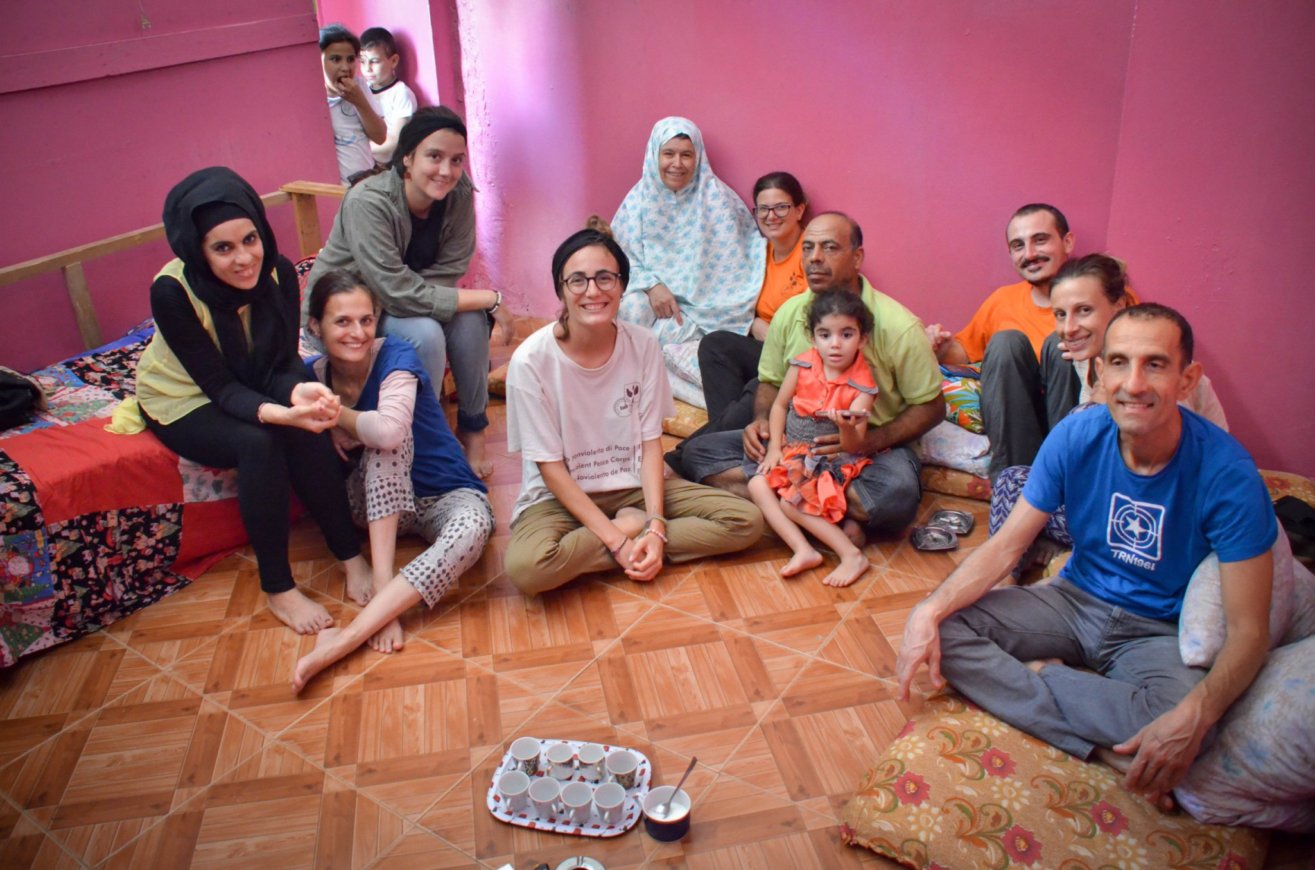 Although she was convinced of not being suitable for that experience, Giulia attended the training course. “Despite my impetuous internal appeal to be part of that project, I waited three months before taking a decision. After my first experience in Palestine, in May 2017, I graduated with a thesis on the Italian Civilian Peace Bodies. I went to Lebanon for the first time in January 2017.”

While browsing the blog of Operation Dove, some lines that Giulia wrote on April 20, 2017, particularly impressed me: