Educating for a more fraternal humanity: the contribution of religions

On February 24, 2020 the Pontifical Gregorian University (Center for Interreligious Studies of the Gregorian University and "Cardinal Bea" Center for Jewish Studies) in collaboration with PISAI (Pontifical Institute of Arabic and Islamic Studies) will organize a study day entitled, "Educating for a more fraternal humanity: the contribution of religions". Seven speakers representing seven religious traditions (Catholicism, Judaism, Islam, Hinduism, Buddhism, Confucianism, and traditional African religions) will participate in a round table on the topic: What resources are religions endowed with to educate for a more fraternal humanity?
Free admission with compulsory registration on the website, www.unigre.it before 17 February 2020.
Simultaneous translation service: Italian, English, and French.

When Religions Contribute to Education for a more Fraternal Humanity

What resources are religions endowed with to educate for a more fraternal humanity? To respond to this question, a study day is organised amongst expert representatives of various religions, including a Christian, a Muslim, a Jew, a Hindu, a Buddhist, a Confucian, and an exponent of the traditional African religions. 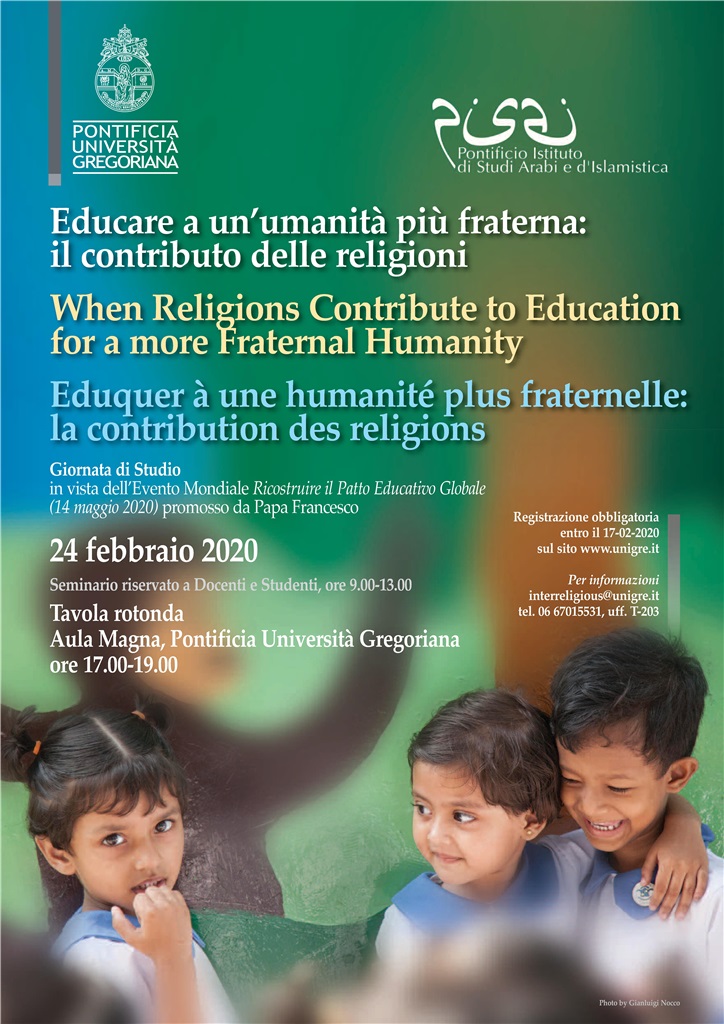 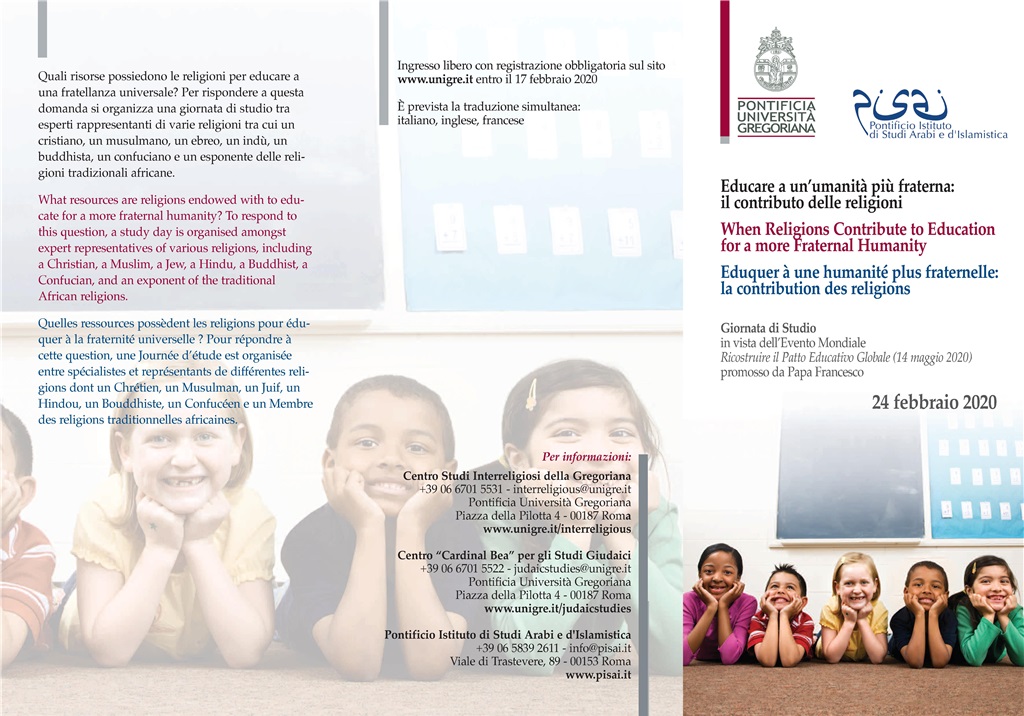